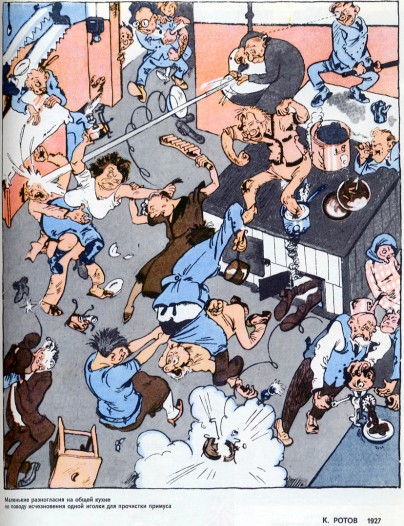 The amazing thing about the formation of the Soviet Union was the new possibilities it presented. The Bolsheviks promised a new society, one where the working class, not the nobility and the church, were the center of power. Such a grand political and social revolution presented an opportunity not only for new government and social relations, but also the opportunity for a new sense of self. Gregory Freeze identified that the Bolsheviks, “held that if Russia were to progress from its present condition through socialism to communism, society would have to understand is collective experience in a new way, that is, in terms of the rational application of scientific principles to human development” (Freeze 329). The Soviet government decided to give a label to this new understanding, this new Soviet concept of a person that they called the “New Soviet Man”. The Soviet Union attempted to install this new concept of the Soviet Citizen within the wider movement of the New Economic Policy (NEP). It is interesting to see how the values of the “New Soviet Man”, values of selflessness, hard work, and revolutionary fervor, to name a few, were encourage and how citizens of the Soviet Union reacted to them and how they tried to live them. One source in particular, “Thoughts, Cares, and Deeds of Workers” showed how the Soviet attempts to develop these new citizens and how the people of Russia reacted to this new mentality.

“Thoughts, Cares, and Deeds of Workers” provides incredible insight into the life of a common worker during the NEP and their reactions to the new values that came along with it. It is a portrayal of the values that the Soviet government wanted its citizens to gain. One example from the article in particular shows the values of the “New Soviet Citizen”. There is a conversation between those doing the reporting and some old women living in a barracks. An important part of the discussion here is how, through hard work and determination, the women had been been to gain the respect of their male counterparts. One of the woman stated:

“And we did it all ourselves…we created the read corner, and it began a whole revolution here. Even the male workers treat us differently. Before, whenever they found out a girl lived in this dormitory, they considered her lost, but now you see, they treat her with respect” (Thoughts, Cares, and Deeds of Workers).

The women here benefited from the social revolution and changing in mindsets about people. They could aspire to have the respect of their male counterparts. However, this source does not paint a picture of this being a time where everything was perfect. There was the sharing of a fight between two female workers working. Their fight was evidence that conflicts were still possible, that old attitudes would remain. However, after their fight there is a continued emphasis on the collective struggle that they all face. As members of a nation going through revolutionary change, especially as workers, they face many challenges. But, as long as they remember they are in this together, they will be able to over come. As the preface to the article, this piece is an amazing look into a country and a people going through a powerful, but difficult transition. The values of the “New Soviet Man” are present throughout and the people are portrayed as attempting to show them and live them while their lives continue to be hard. The NEP was not a perfect plan and its flaws are shown here. The people do not live in great conditions and just because you may tell everyone these are the values you should have, it can be difficult to make people change. “Thoughts, Cares, and Deeds of Workers” was a power look into the difficulties of personal change in a new nation.

Considering “Thoughts, Cares, and Deeds of Workers”, it’s amazing to consider how complete the revolution the Bolsheviks were attempting. Not only where they attempting to change the very social, political, and economic make up with the NEP, they were also trying to change the very core values and attitudes of its citizens. Such change was never going to be easy and the struggles in this source show them. However, “Thoughts…” was also an example of the great excitement about the possibilities that existed in this time. It captures a moment in time where the struggle felt worthwhile and that the future was bright for a nation attempting to position itself as a new city on the hill.

This post earned a Red Star award from the editorial team

“Thoughts, Cares, and Deeds of Workers”